Quazar (NL): “I felt more like a musician and producer than DJ” 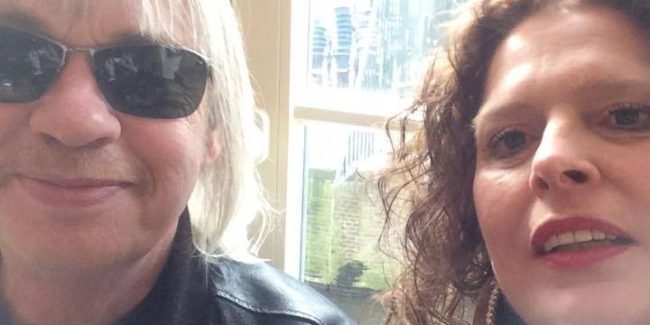 Marceline interviewed numerous DJ’s about their debut. In 2016 she had a chat with ‘Mr. Welcome To The Future’ aka Quazar aka Gert van Veen. "I immediately knew that my future would be in producing dance music.”

Marceline interviewed numerous DJ’s about their debut. In 2016 she had a chat with ‘Mr. Welcome To The Future’ aka Quazar aka Gert van Veen. "I felt more like a musician and producer than DJ."

“The first time performing as a DJ on stage was in December 1993. It was the first Welcome to the Future event, that took place in Paradiso, Amsterdam. In my daily life, I only payed on the side. I felt more like a musician and producer than DJ. In the eighties I played guitar and keyboard in a few new wave bands with whom I toured through The Netherlands. Yet, when house exploded in the Summer of Love 1988, I immediately knew that my future would be in producing dance music.”

“A year after I was infected by the house virus, I produced my first house record, together with Corné Bos and RoXY DJ and house godfather Eddy De Clercq. The name of the track was A-Men, Pay the Piper (1989). The track proved to be a real floor filler in club RoXY (Amsterdam), and was the beginning of a whole series of releases, e.g. House of Venus with Dish & Tell and the first Quazar release Seven Stars (1990). It was quite a trip to hear DJs play this track that I had made. Meanwhile I was making myself scarce and invisible, yet was secretly proudly glowing on the dancefloor.” 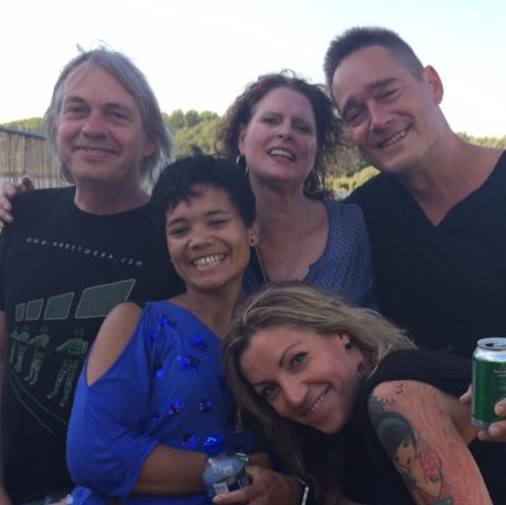 “Soon after I got restless. I felt the need to play my own tracks, live on stage. After a few stage experiments with Eddy De Clercq and House of Venus, with whom among others in the summer of 1990 we played in club RoXY in Amsterdam and the Waakzaamheid in Koog aan de Zaan, I got my first chance to seriously play live in the beginning of ’91. Quazar’s Seven Stars had just been released on the Boudisque Go Bang label. At that point Go Bang had a lot of success with hits by D-Shake and others. The Boudisque label Torso wasn’t doing too bad either. With this in mind, the idea arose within the record company to do a tour in the club circuit, under the name the Atmosphere Tour. Programmed on the line-up were DJs like D-Shake and Dimitri, plus a number of live-acts of the labels Go Bang and Torso: guitar band Eton Crop, reggae band Surkus and, well, Quazar.”

“In cooperation with my Quazar-partner at the time, Eric Cycle, I prepared a complete one-hour-set, that was literally compiled of all the tracks that we had composed up to that moment. Eric played electric drums, percussion and bass guitar, whereas I operated all the electronic devices that were unattended, like the 909-drumcomputer, the 303-acid machine and the huge mixing console. Soon I mixed all sounds of the different devices on this console. Preparing the gig was, to put it mildly, quite an undertaking. Not that I was accustomed to a different routine. I had been playing in bands for many years, so carrying your own equipment (amplifiers and instruments)) was quite normal for me. With Quazar though, it was a different story. We’re talking about the nineties, so long before the time of the first laptops. If you wanted to play live, you had to bring every instrument to your gig: samplers, synthesizers, drum computers. FX-gear, a mixer and our Atari computer. The construction alone, when every device had to get connected to the other with midi and audio cables, took at least an hour. And all that hauling… Luckily, we were always with a team, including driver, light and sound engineer and a few friends. Together we drove in a delivery van to each gig.”

“All that touring was great. The down part was that, after a night of partying, at seven or eight in the morning we had to carry all this gear up to my house at the Rozengracht in Amsterdam, situated right next to the fire station, on the fourth floor. The worst item was a huge black, wooden flight case, that was totally filled with heavy 19-inch machines. We called it the ‘black monster’. Often we pulled straws to decide who would be the unlucky ones to carry the thing upstairs.”

“My ‘living room’ was transformed into a studio and was completely stacked with gear. After each gig we had to set it up at home again as well. But it was more than worth it, because it was fabulous to play live with an electronic band. Compared to DJing, performing live offers much more possibilities. We didn’t use a generic mixer with two valves, but a studio mixer with sixteen channels. This way we could re-invent all tracks so they sounded different on every occasion. You could adapt the mix to the moment and orchestrate to the moment and the acoustics of the venue. You could orchestrate live, jam and, not unimportant, turn a lot of buttons. We used all synths on stage, while we played live with filters, so we could mold the sounds. All of this with a volume that was able to cause musical earthquakes. You could make tracks sound exactly as the moment felt. Demure and deep or raging and vibrant. With the passing of time we improved this skill to respond to the moment, to the crowd and to each other. Suddenly sending tracks in another direction and jam loosely and casual. During that first Quazar tour we hadn’t reached that point yet though. We were still in the process of discovering the secret of playing live.” 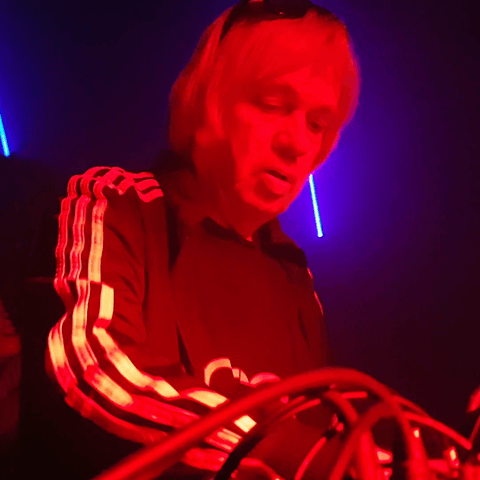 “The first Quazar gig of the Atmosphere tour was in April 1991. We kicked off in het Paard van Troje in The Hague. We had gotten a lot of publicity before the show, because the venues where we played, often had no experience with house parties. Needless to say: het Paard was sold-out and it became a steamy night.”

“Our biggest asset was that, on stage, we not only had two producers and their gear, but also a singer named Yolande, who was replaced later by Farida Merville, and dancer Sophia Sintos. They were the real eye-catchers. Exactly as we wanted. In our opinion, the house experience was not illustrated well by two guys behind their equipment. No, dance represented blood, sweat and tears! I had met Sophia in club RoXY (Amsterdam), where she had her own stage and always danced the night away. Sophia had been a professional dancer in an Ibizan club during a period that is splendidly documented in her autobiography ‘Adam’ (breath, red.). She represented everything I expected in a house-dancer: her boundless energy worked like a dynamo and sparked the vibe of the night. With Sophia in the house, the party immediately became much wilder. At many venues we attended, of the kind where the audience wasn’t used to dancing but merely to watching bands on a stage, Sophia set the perfect example: this was no music to stand still. House is dance music!”

“By choosing to be a live-act on stage, we were constantly pioneering. Not many others did what we did. As a result, we became friends with pioneering likeminded spirits. Like the English act Underworld. I had a lot in common with Karl Hyde and Rick Smith. They also had started as a rockband in the eighties and later made the transition to house. They were still a pretty unknown group when I invited them for the second edition of Welcome To The Future in Paradiso in April 1994. In that period, pop temple Paradiso became a platform for producers of electronic music, who played live, as Quazar did. Later on, Karl Hyde provided the vocals for two Quazar tracks: Sunflower (1994) and Confusing the Sun (1997). We still play these songs live.”

“The fact that we will have our 25th Quazar anniversary next Saturday in Paradiso (this interview dates from 2016, red) – the same place where we made our debut in Amsterdam in 1991 – exemplifies how amazing it is to play live and have people enjoy music made by you. Still going strong after 25 years and still feel that same kick, illustrates the timeless power of the house experience.”

This article is originally published on September 29th 2016 on DJMag.nl. 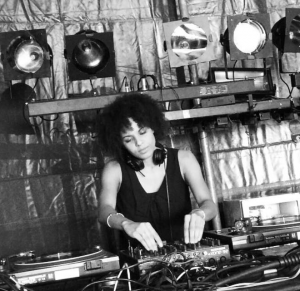 K Alexi (US): “Even then I was already operating as a professional”