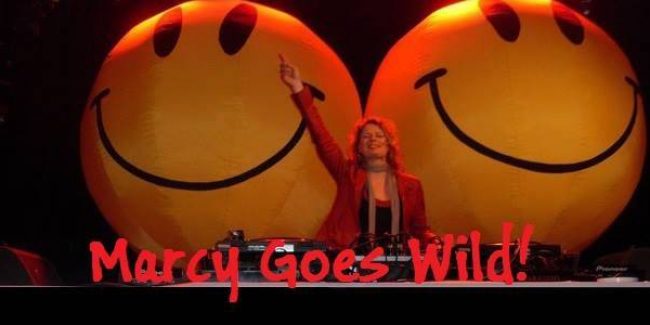 Every development and evolution has a beginning and a sequel. Often the start is a reaction to social matters. The dark eighties, overshadowed by economic dark perspectives, were revived by the much more hopeful nineties, an era in which the trees seemed to grow to the sky. ‘Seemed’ indeed. Because by now we’ve learned the hard way: If it sounds too good to be true, it probably is too good to be true.

Music-wise the dark punk and new wave, while both of these genres already contained a lot of electronic elements, were cheered up by an exhilarating danceable style we define as club classics nowadays, that invoked a wonderful hippie-feeling and seemed to scare off the gloominess. The fear for a nuclear war became part of every-day-life, the mass-unemployement slowly decreased, hope reared it’s beautiful head, and along that the time was right for happy tunes.

Those tunes expressed themselves in many shapes. In the late eighties, early nineties, being a listener and explorer of new music, in The Netherlands you were mostly dependent on the radio. Commercial music stations as Radio538 didn’t exist yet, nor the SkyRadio all-day-long-elevator-music. We settled primarily for 3FM, called Radio 3 in those days, of maybe even Hilversum 3, but don’t pin me down on that. Oh yeah, and on cable-radio there was KinkFM – the right spot for the true probing listener to find inspiration that was all but mainstream.

In the clubs, which we called disco’s at the time, without any hesitation the track Smells Like Teen Spirit by Nirvana was followed by one of the club classics below. Rock, rap, old disco and the new house genre were indiscriminately played one after the other in order to please all types of clubbers.

Born to be alive

So you could find yourself one moment freaking out on Nirvana, the next on Hear the Drummer get Wicked by Chad Jackson, and subsequently moving your butt on Born to be Alive by Patrick Hernandez, which flowed into a pleasant, very danceable club classic, that you might even recognize from the radio and to which you were suddenly dancing. Just like that.

And then there was light

Jazz and blues were a response to the slavery. Rock & roll emerged after the second World War and acted against the patronizing fifties and sixties. The reactions to this during the seventies were psychedelic and existentialistic tunes that often preached love and understanding. In retrospective, punk and the moderate new wave version, were a clear expression of the bleak, miserable feelings that defined those economically dark years. The nineties, when house saw the light of day, and spread this light to many enthusiasts, illustrated the hope, the brightness, the love that welcomed a whole new generation.

As many flavors as people

The world has changed and with it the amount of options to choose from. Nowadays, while going out, you don’t get a lot of mixed music styles anymore. You either choose a bar where Dutch folk singer André Hazes and his colleagues own the speakers, or you go to a concert with mutual lovers of that specific artist and/or band. Or, you go to a club where on the your favorite DJs/producers will spoil you rotten musically. There are as many flavors as there are people.

These club classics stem from the era when DJs still rücksichtslos threw some vinyl on the turntables and mixed rock with disco and house. Who of my steady criticasters admits honestly that he or she secretly once or twice has actually taken a quick spin on one of these ‘hits’?

Axel Rator (NL): “And then there was house” 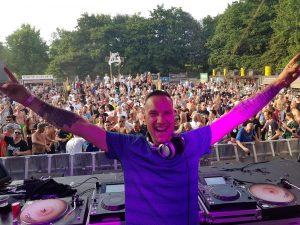 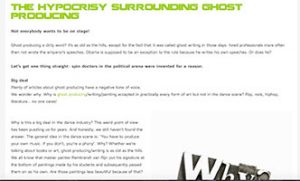