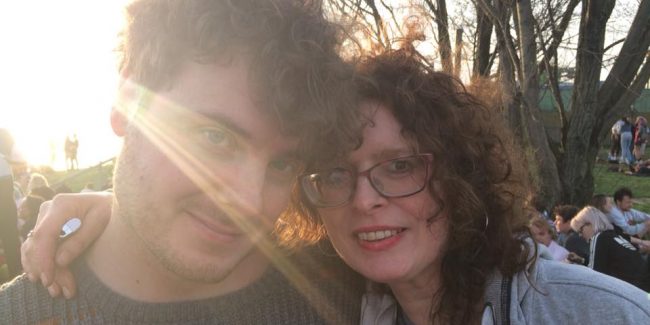 From the moment I met Rens Mors aka DJ The Boy With The Broken Record I was charmed by this young man. In 2017 he told me the story of his DJ debut. “I had to beg for headphones."

From the moment I met Rens Mors a.k.a. DJ The Boy With The Broken Record, I was charmed by this welcoming and talented young man. This was at some illegal rave near Amsterdam yet in the middle of nowhere. The following years I added more superlatives to the list: warm, gentle, decisive, approachable and more. Oh yeah, and modest. Some things are allowed to be said. In 2017 Rens told me the story of his DJ debut. “I had to beg this guy to lend me his headphones."

“I was around 17 when I had my first gig. I had read an announcement in the local paper that invited people to enter a DJ contest of the Indian Summer Festival. The winner would open one of the stages. I had two days left to record a set, burn it on a CD and send it by post. Around the millennium, that’s how it worked.” (laughs)

“In those days, I played a weird mix of progressive and tribal house. I used CDs and vinyl. The reason I started using turntables was that lots of tracks were only released on vinyl. For me, the vinyl was a lot of hassle and I was convinced that everything would be digital in the end anyway.” 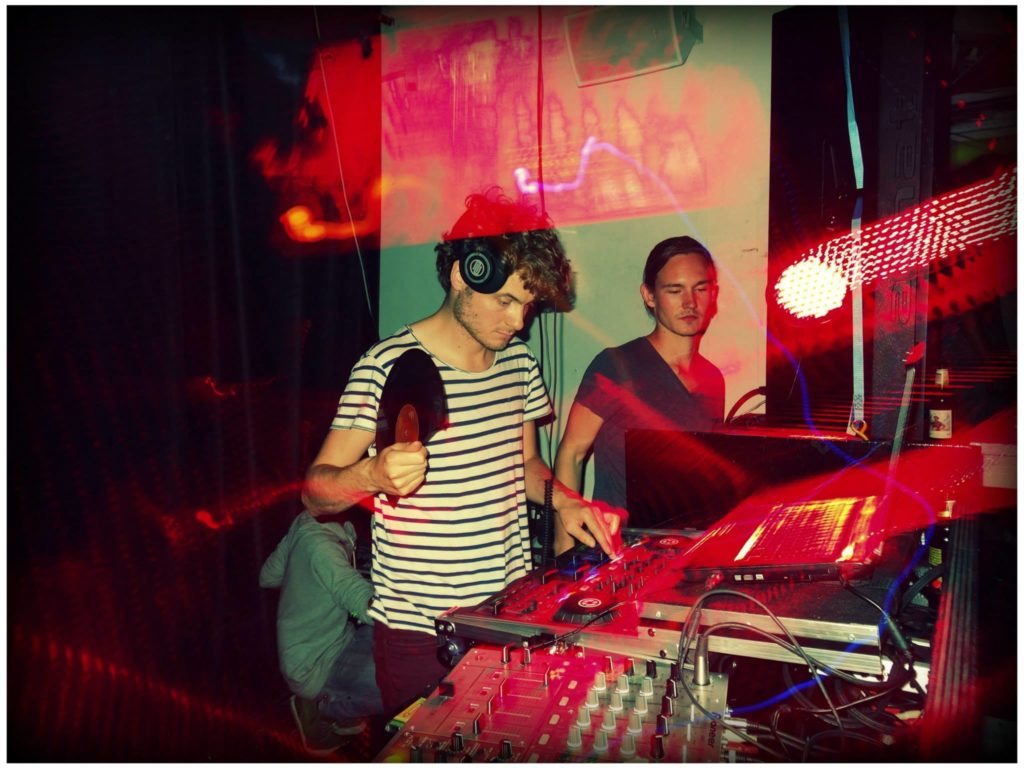 “Apart from my Technics turntables I owned a Numarc CDN 95 CD-set. ‘Pioneer is the standard’, the salesman told me, but that didn’t interest me at all. The Numarks simply were way more practical. I never understood why CD players have to look like turntables.” 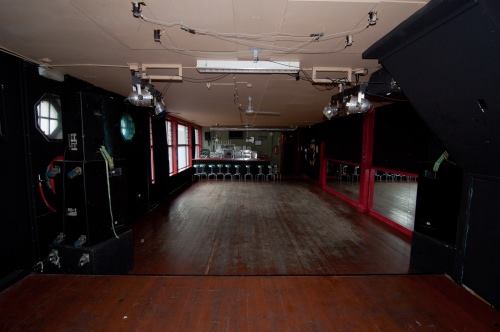 “After entering the competition, I received a phone call. Me and four other DJs were invited to play a set at Podium De Victorie in Alkmaar. I was over the moon!”

“So, I started preparing my set. I’m an absolute perfectionist when it comes to mixing. Half autistic, I was capable of over thirty times repeating one single mix moment until I got it right. That’s how I prepared my set for CD and that’s how I prepared the evening. Every second was planned. Nothing could go wrong. Which, as I know now, is an assumption that is almost always followed by deep misery.”

“So, I got on the train to Alkmaar, carrying along a CD folder and some kind of plastic moving box with my vinyl. I was so nervous. Still, I was adequate enough to check the DJ gear upon arrival. Here I was confronted with my stubbornness concerning the equipment. The Pioneers didn’t work at all like my Numarks and as far as the mixer was concerned… Hmm, I hadn’t prepared myself for that.” 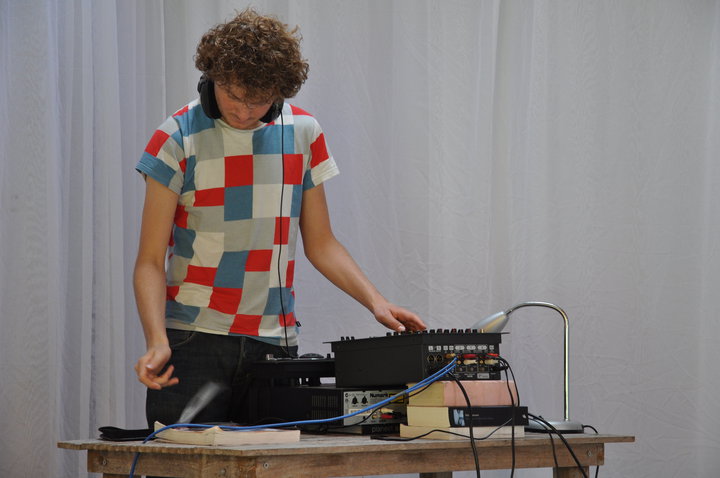 “I reassured myself: ‘How hard can it be?’ Yet, on top of all I found out that there were no headphones. Being as inexperienced as I was, I thought that they would be provided by the organization. I had to beg the guy who played before me to lend me his headphones. It took quite some persuasion, but I succeeded.”

“The venue was pretty full by then. I had five minutes before it was my turn. I decided to start by putting on my first record. That didn’t work. During my trip to Haarlem the edge of the track was bent. The result? The needle kept skipping off. Just to be clear though, this has nothing to do with my artist name.” (laughs) 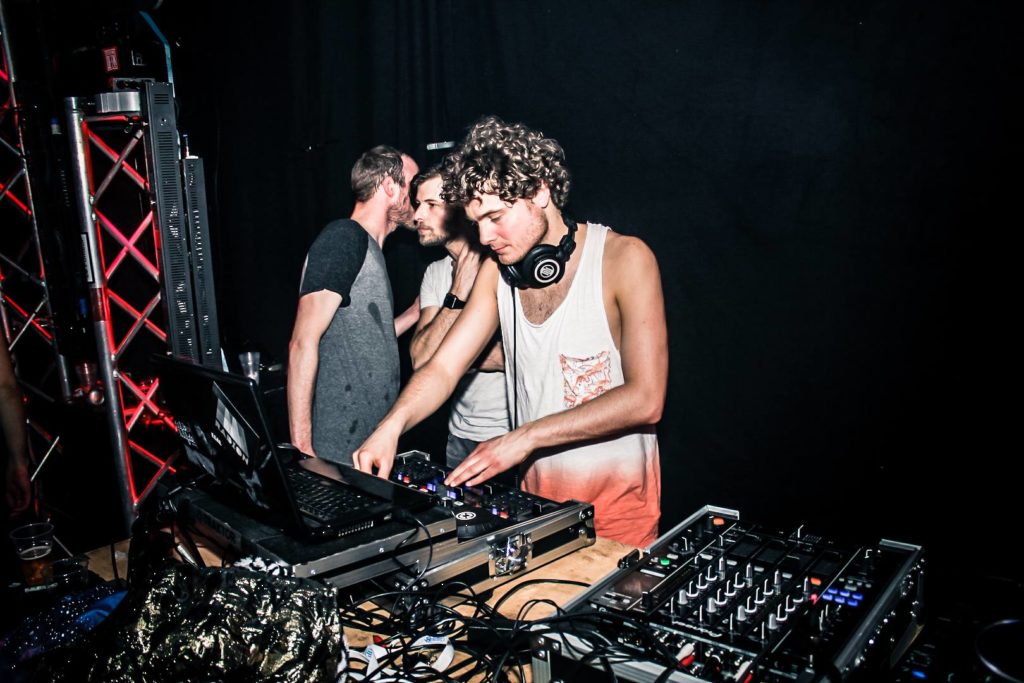 What are the fucking odds?

“Once I started my set, I still had so many questions for the guy who had just finished. How could, while pre-listening, switch in between the different channels. He showed me but couldn’t figure out why it didn’t work. What appeared to be the matter? The record I was playing was the same track as the one playing on CD at that moment and they were exactly parallel. What are the fucking odds?!”

“I played a worthless set. I remember that, because of lack of time, I played one track twice – in 45 minutes. When I was done, I went straight home. Some of my friends who accompanied me, stayed in Alkmaar for a while.” 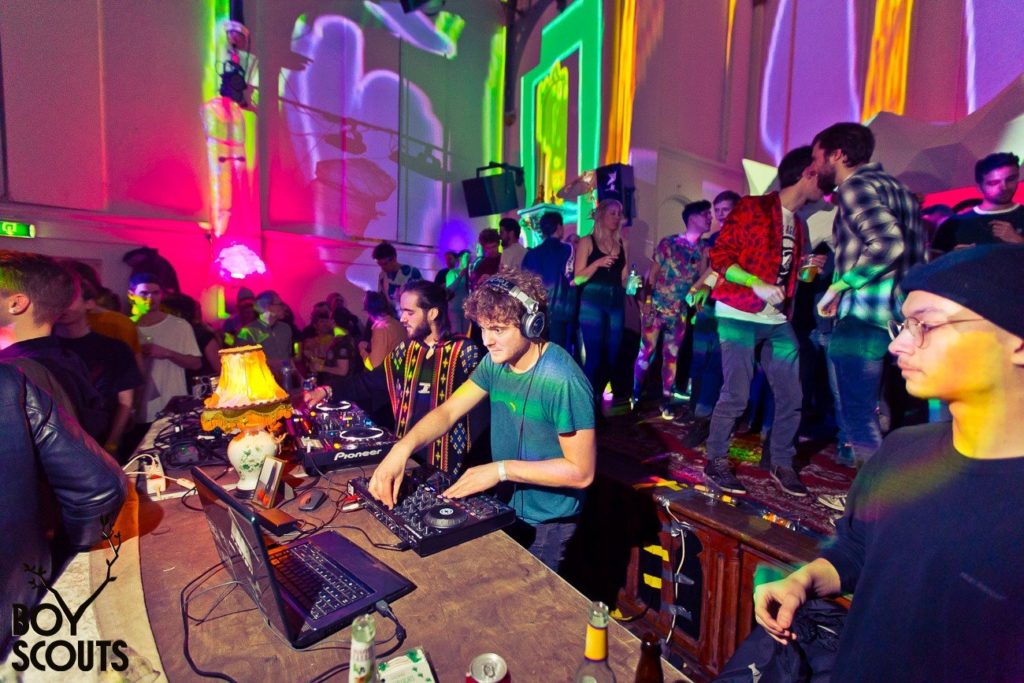 “When I got home, I felt awful. I had ruined this amazing opportunity! I completely lost track of reality, because in the end it was nothing more or less than an hour being the opening DJ for merely twenty of thirty people.”

“No, that first gig was no success, but it was a great baptism of fire. Sometimes I think back of that evening. During an illegal rave in the bushes somewhere, with only two minutes to go before it’s my turn to play. At those moments, with both hands I firmly hold my controller high in the air, because there’s no room in the booth. It is filled with beer bottles, wires and rented CD players and a mixer, together worth thousands of euros. The thought that then crosses my mind is: ‘How would the seventeen-year-old me have responded to this situation? Probably with a heart-attack.” (laughs)

This interview is originally published on March 9th 2017 on DJMag.nl.

PrevPreviousMonde (NL): “Like a bat out of hell I picked a record”
NextA.Paul (PRT): “This issue totally sabotaged my set”Next 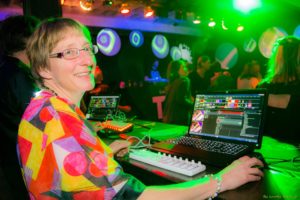 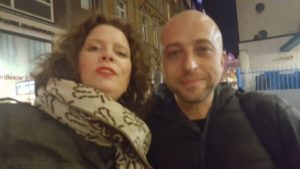 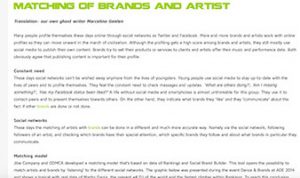 HoT-blog: Matching of brands and artist