Lady Ace (NL): “I hid behind the booth and counted till ten” 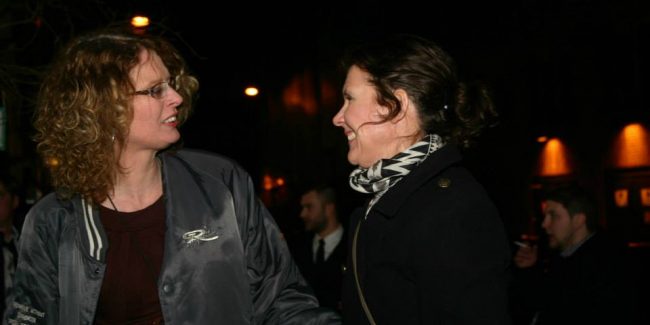 This time Marcy Goes Wild had a chat with the Dutch DJ/producer Lady Ace. “I was so nervous that, after I put on my first record, I hid behind the booth and counted till ten.” 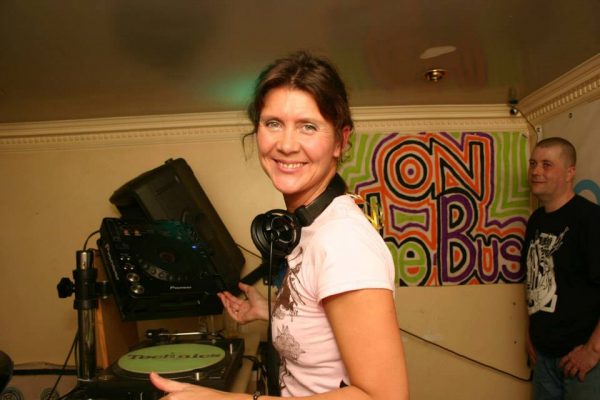 In 2015 Marceline interviewed the Amsterdam based DJ Ladey Ace. “I was so nervous that, after I put on my first record, I hid behind the booth and counted till ten.”

Audrey’s DJ debut was in 1992. Being the roommate of two DJs and an owner of a recordshop in Amsterdam, every day was filled with listening to new records, mixing and playing. When she was home alone, she jumped behind the DJ booth to learn how to control the turntables and mixer.

“In 1990 and 1991 I worked in Spain as an entertainer. Very soon after my arrival, I discovered that I loved to DJ. It was fantastic to see people enjoying themselves and dance. As often as I could, I played pleasant tracks for the guests at night from the DJ booth that was situated by the swimming pool. Through this, I got quite a lot of practice.”

“To be able to match up with my roommates, DJ Martijn and DJ Diablo, who had already played with Carl Cox, Per and Angelo, I had to considerably beef up my style and technique. For inspiration I listened to lots of other DJs, from Dimitri to Sven Väth and from Mr. C to Ambient Daan. My taste was very diverse. When I noticed that I could flawlessly mix a few tracks, I started playing in some small venues that owned a DJ booth, for example in the  Coffeeshop 222 in Amsterdam. The owner loved house music and started the festival Dance Valley a couple of years later.”

“In those days I didn’t expect that this house music would become so huge and would create a gigantic creative and professional world for so many people. When I started out, by far not that many records as nowadays were released. I always loved a certain groove. Besides that, I looked for a good balance between soft and hard. You can’t imagine how happy I am these days with the enormous supply of special tracks by amazing producers. This way my sets can always be innovative and I don’t have to sweat so much when I’m trying to create a story.” 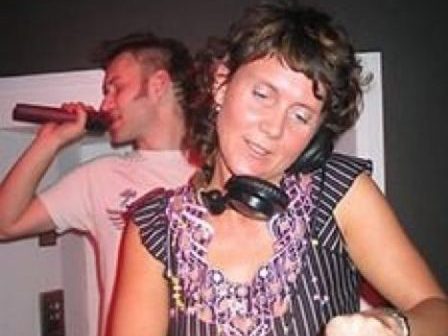 “One of my first paid gigs was in Amsterdam, at club Trance Buddha in Amsterdam. I was programmed for the small area. Then I got a phone call from DJ Gino Lightner. Sometimes he let me warm up the room for him. He asked if I was available for the whole evening. That meant a five-hour set! I was so nervous that, after I put on my first record, I hid myself behind the booth and counted till ten. When the first track was well on its way, my nerves evaporated completely.”

“As a starting DJ you might be afraid that the crowd doesn’t like your choice of music, but I usually think: ‘If I like these tracks, others will agree’. After playing for a while for a full dancefloor, I needed to use the bathroom. When I got back in the DJ booth, a 100-guilder note was turning around on the Technics turntable. I had no idea who left it there! After my set, I got booked immediately for a gig abroad. In those days that happened a lot more often than now, because now almost everybody knows a good DJ.”

“During the next couple of years, DJ Ambient Daan booked me for the small area at Awakenings in the Westergasfabriek (Amsterdam). Together we played downtempo techno and house. One night the flight case of one of the headliners, Billy Nasty, got stolen at his hotel. He wanted to play anyway and his manager took a look in our flight cases to see if he could borrow some records. Bizar. Only Leftfield was of interest in my case, the rest was too soft, hehehe. Soon after that, I started organizing my own parties in Amsterdam for Club Magazijn, Rotaan Huis (later Club More), Westergasterras and Amuse Bouche (now Sugar Factory). Also, I organized an Epic Star Wars Party in a Pathé Theatre. The whole fanclub was present, all dressed up in costumes. We played music by Dimitri and others. Yes, I would love to experience another night like that.”

“In the beginning of 2002, coincidentally I got in touch with a booker. The man of the agency had heard me play in DJ café Aroma, where I was a weekly resident. He told me about a request for a female DJ to play in the Nightlife. This was an old church in Maastricht that had been converted into a gigantic club. Unfortunately, his agency had reached its maximum capacity, so there was no room to join it long-term. That night in the Nightlife felt as if it was my first gig all over again. I wasn’t used to such a huge club and impressive sound system. Luckily the DJ booth had top-monitors and I could do what I came here to do. I remember thinking: ‘Just play what you want and don’t adapt too much to the size of the club. Keep the set on a warm and groovy train with tracks by Kevin Yost and Tony Thomas Tiefschwarz’. Then I saw the booker come up the stairs. I figured he came to express his displeasure. But he came to tell me that the manager wanted to give me a residency. So, for the next few years, I was part of an agency that also managed top producers Juan Sanchez and Mason. Juan and Mason were still hoping for a breakthrough at that point. Their wish totally came true, as we know now. In those days I often gave them a pep-talk. I assured them that their time would come and that one day they would even have to turn down bookings.”

“At different events, such as at the WMC (Winter Music Conference) in Miami, I had a blast with those artists. I also had a few weird experiences. At one point, Bob Sinclair and Shapeshifters handed me a promo on vinyl. Bob Sinclair gave it to me because I was the only one who came up to him at the end of his last track – and probably being the only one who danced to it – and told him how original and nice I thought the track was. I guess Bob was kind of insecure about the eclectic sound and the vocals, but I was extremely enthusiastic. Afterwards I played the track everywhere. Not everyone felt the same appeal, but that song, Love Generation, became a number 1 hit six months later. It has opened a whole new world for house music with singers and musicians! The same happened with Lola’s Theme by the Shapeshifters. How cool is it to already have this track in your record bag before it becomes a hit?! Thanx to the agency, I started getting bookings in the United States, China and on Jakarta (Indonesia). Life felt unreal but I loved every second of it. In the mean time I also hoped to inspire other house lovers.”

“Exactly that happened with a well-known organizer of club-parties in Hongkong. Hij wanted to organize a major event in a conference center, but he couldn’t get the financial part in order. I advised him to work with a sponsor. He argued that the Chinese did not want to be associated with house music. I explained to him that those days were over and convinced him that a lot of brands/products would be interested. A year later he went on a big tour through China with a drinks sponsor. Those things make me happy!”

“The past ten years have flown by. Highlights were working together with Cosmic Disco, T-Bahn, Sire-G, VET, The Bus, MC Marxman, Nova Caza and Ben Cullum. I also set up events at ADE for a few years in a row. I am particularly proud of my own ADE evenings in The Melkweg, Odeon and club Panama. Together with my partner at that time, DJ Rubzman, who is also one of my favorite producers, I released my own production on the label Cosmic Disco. Rubzman and I also started a radio show for this label. I love to produce a program from the studio and invite guest DJs.”

“In the future I hope to release more tracks. I also aim to learn how to handle Traktor 4 decks and I want to organize a lot more events, alone or with someone else. I would love to promote a gig: on April 3d 2015 I will be playing in the Tolhuistuin in Amsterdam, together with Darren Emerson, Per, Lonestriker, Rubzman, C-Jay and some others. I also hope that many gigs will follow.”

This interview is originally published on DJMag.nl in February 2015. 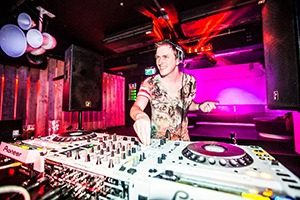 Eerste Rembrandt is ‘Something Special’ 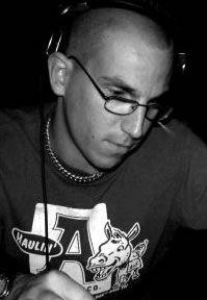