Brent Spar (NL): ‘Fuck me, this is even easier than vinyl 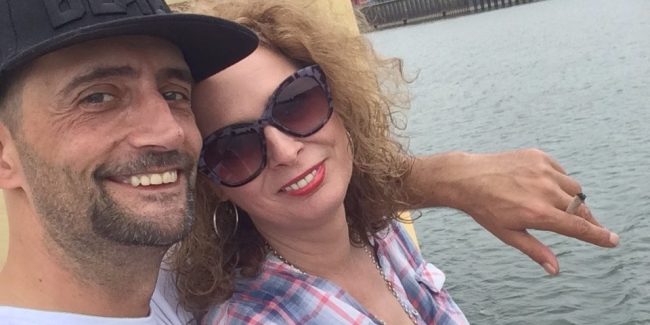 This edition of the feature My First Gig Marceline had a chat with Dennis Kaandorp aka DJ Brent Spar. 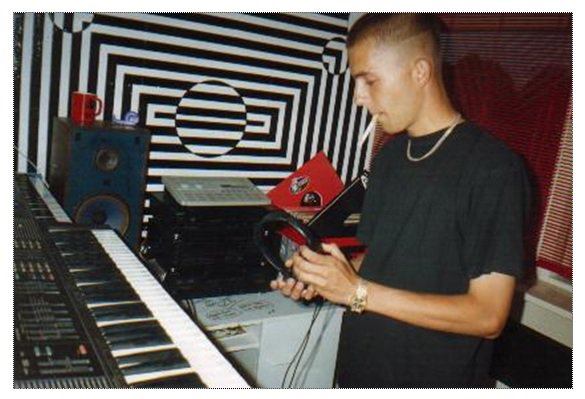 Marceline interviewed numerous DJs about their DJ debut. This edition of the feature My First Gig she spoke with Dennis Kaandorp aka DJ Brent Spar. "Ritzi Lee kept a close eye on things."

“Since my earliest childhood I have been surrounded by vinyl. My parents owned a café, so every week they purchased the latest 12” records and singles. This resulted in my playground being a huge vinyl wall with an old jukebox in the living room. On Sunday mornings, when there were no cartoons on a hundred different TV-channels, I totally amused myself with the turntable and those records. Call it early scratching.”

“When I was about ten years of age, I produced mix tapes for the Amsterdam and Spanish oriented nights in the pub. I used an old Akai tape recorder, one turntable and my parents’ supply of vinyl. It’s not like they didn’t have enough André Hazes’ (a Dutch singer) and Julio Iglesias records. (laughs) With the assistance of a friend, I also cut and pasted the cassette tapes for the monthly school-shows literally with scotch tape together. I incorporated funny sketches of Urbanus (a Belgian comedian, red.) by pushing two buttons on the amplifier at the same time. This way the phono and aux channels both sent the sound towards the tape recorder. I always told my friends that one day, when I would take over the bar, I would turn it into a DJ café with hiphop-DJs. I had never heard of house in those days. Unfortunately, the pub was sold before I was old enough to take over the business.”

“My five years older cousin Richard Goedhart from Amsterdam infected me with the vinyl virus. He lived around the corner from recordstore Attalos. He and his friends operated a pirate radio station. In order to facilitate this, a huge broadcasting antenna was hanging outside his window. When I was about fourteen, after school I always went by his place. We would go to Attalos together to listen to the newest swingbeat and hiphop records and purchase the ones we liked. With those records he taught me how to beatcount to define the BPM. It had nothing to do yet with true mixing, but I’ve never forgotten the basics of scratching that I learned there. Richard must have discovered lots of scratches on his records as the result of my ‘mix work’.”

“A few years later I was totally into house music. It started with mellow house, but I soon made the transition to gabber house, which contained lots of well-known movie and hiphop samples. I love it! Two records that didn’t sound remotely alike, came together, and it seemed like the DJ was real life creating a new track. I often tried to trace back the identities of those tracks.” 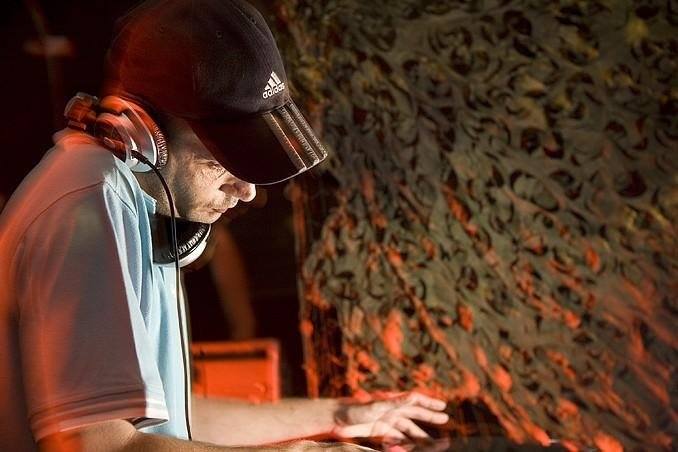 “Many (gabber)raves later, somewhere in 1992, with a group of gabbers and ‘gabberinnen’ we decided to go from Alkmaar to a community center in Ursum, which is a small village closeby. One of them had a key to the building because he volunteered in the center. Inside was a sound system with two Technics turntables and a mixer. Also, a crate with hardcore records and CD’s was present, we had plenty of beer and a world of time. The volunteer shut the door behind us and we stayed put for the following two days. The crate with gabber vinyl was just standing there in the corner. No-one really had the skills to mix. It was easier to just put on another Thunderdome-CD. After I while though, I had gathered enough courage to mix the way my big cousin did. Everbody loved it, but to say the beat counting and scratching helped me out at that moment – ehh NO! Still, I did it.”

“A few years later, in my hometown Castricum, a friend introduced me to a fellow Castricum-born guy: ‘Hey Dennis, this is Robert aka DJ Da Bagga. He’s got a few turntables set up including a nice collection of vinyl. Would you like to see his studio?’ I didn’t have to think twice. The studio turned out to be an attic room with a ceiling full of flyers of parties I had attended as well. I saw two Soundlab turntables and an Alecto mixer that only had a crossfader and two knobs to control the bass and high notes. I added my old keyboard and the Akai sampler proved to be a nice toy as well. Da Bagga’s vinyl collection consisted mostly of the first releases of Mokum Records and Rotterdam Records. Later on, some vinyl of another friend D-Jailko was added. Soon we were a steady team in the studio that we named the BaGGaMania Studio.”

“We had conquered the beat counting, now the rest. Whenever Da Bagga’s parents called him for dinner, I always hung out on my own to practice a little longer. Finally, the first almost flawless mixtapes were a fact! In due time I had to decide on a DJ-name. In the graffiti scene I was known as TARN, so I simply added a few letters. DJ Tarnation was born. My first gig was in a community center in Egmond. The memory is rather vague. I only remember that the mixer was situated at an impossible space on the wall. You had to shift 180 degrees to even reach the turntables.”

“Until 2002 I mostly played at small parties. For a couple of years I also organized my own pub-evenings with guest DJs. Quite along the line of my old dream, with the exception that now we played house. Around that time, Pioneer CDJs were becoming popular and I totally didn’t feel like digging into the matter. You couldn’t play vinyl with it, so I was done with it and stopped playing.”

“In 2010 DJ Gino Lightner randomly walked by a small Amsterdam café, where I was kinda toying with those damned Pioneers that I despised that much. Gino took one glance in the booth and immediately saw what I was struggling with. ‘Maybe If you do this, put this setting on vinyl mode, turn that now and then try again, it will work’, he said. ‘Fuck me’, I thought, ‘this is even easier than vinyl. Maybe I should dig a little deeper into this’.”

“As of then, I started downloading techhouse, minimal and techno tracks and soon things turned around. DJ Tarnation had been ‘deceased’ for a while and I decided to take on a new DJ name. I decided on the name Brent Spar, which refers to a Shell drilling platform, that was in the news at that point. It sounded international and somewhat familiar. Now all I needed was a first gig.”

“In 2010 I celebrated my birthday with 3 other people. We did this in a location called The Bunker on the NDSM-territory in Amsterdam, which unfortunately doesn’t exist anymore. The line-up was impressive, with, amongst others, Tom Hades, Drumcomplex, Dexon and Jan Liefhebber. DJ Dano’s techno alter ego Update also showed up. Of course, it was me who would close the party with a new sound and name. Brent Spar was born!”

“Because of the nerves my set wasn’t flawless. Yet, I will never forget that event. Ritzi Lee, who was a backstage guest, kept a close eye on things. Sometimes he had to adjust the pitch on the Technics to keep me in sync. It was a mighty feeling to play hard techno in a sold-out Bunker. That night I learned so much!”

Nowadays I work and play as Brent Spar under the umbrella of WijGevenFeestjes. WGF also does collaborates with other organizations. No commercial shit, just enjoying to make music together and organize parties, lots of parties! Our motto’s are: ‘You can’t buy fun, you have to make it’ and ‘Support your local DJs’.”

This article is originally published on DJMag.nl on Thursday June 25th 2015. 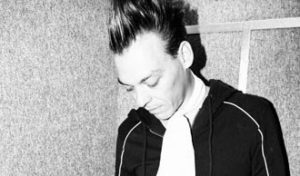