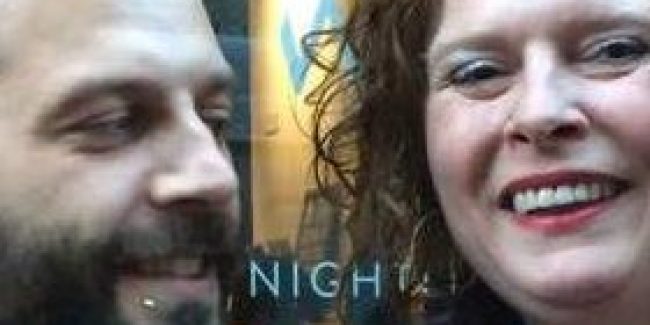 When I met the talented Italian techno-producer and DJ Enrico Sangiuliano in 2014, he was still an upcoming star. His fame was growing slowly and steadily, that’s for sure, but hadn’t reached the present heights yet. I met him and his partner at that time, Silvia, during ADE at an intimate setting in the Cue Bar, now Hunter’s Bar. Enrico did a showcase at a Tom Hades‘/Rhythm Collective’s event.

Dressed casually in black, Enrico turned out to be a gentle and friendly man, very accessible and easy to connect with. So, we talked techno and he played a mean set.

Right before ADE 2015 the Cue Bar in Amsterdam had turned into Hunter’s Bar already and the interior had changed a bit. This time we sat down on a velvet couch and reconnected. The only theme Enrico, still dressed in simple black pants and a black T-shirt that had known better days, avoided, was ‘ghost producing’, which I thought was interesting. Unfortunately we still haven’t gotten to the bottom of that contemporary subject.

During these two years Enrico’s career went through the roof and when his track Moon Rocks was played by Adam Beyer as closing anthem during Awakenings festival this year (see video), Enrico’s popularity went sky-high! Nowadays he’s reached the, by many dreamed of status, of being able to call himself ‘producer at Drumcode’, Adam Beyer’s extremely successful label.

Our third encounter was an unexpected yet very welcome run-in during ADE 2016. Some of my Italian friends, DJ/producer Marco Ranieri (Thirdone) and a colleague, headed over to Mary Go Wild, the record store/publisher of dance literature, that resides in the Amsterdam Red Light District. I decided to seize the day and join them. Although it was a walk of less than 10 minutes from one to the next location – of which I made them aware – they decadently decided to call an Über, which, including the wait, doubled the time. Oh well.

I thanked Marco later, because when I approached the store, already from a distance, Enrico, who was having a cigarette outside, spotted me. Fame hasn’t changed his clothing style, which is still black, nor his sympathetic personality.  While I was doubtful whether this rather famous artist by now, who must meet hundreds of people every  week, would still remember me,  in a second he took away that hesitation. “Marcelina!”, he called out with his charming Italian accent, while we were still some meters apart. “Enrico!”, I replied loudly with my best Italian accent, and we hugged. Meeting up again felt as familiar as if we had seen each other yesterday. Unfortunately there was not a lot of time for catching up: Enrico and Secret Cinema were the secret (what’s in a name?) artists of Mary Goes Wild‘s secret location. I suddenly understood why there was such a long cue a few houses ahead. Marco, his friend and myself got a VIP-wristband, passed the line and effortlessly found our way into a really small and dark basement. It was hot, sweaty, and, as far as the limited light allowed, body-to-body filled with people dancing their asses off on steaming techno. I walked into the crowd for a few meters, just far enough to detect Enrico and Jeroen (Secret Cinema) close to each other behind the ‘intimate’ DJ-booth, and decided I preferred to listen from a small distance behind the crowd. Just a little to claustrofobic for my personal taste. So I found this great spot right outside the entrance to the room, which was no more or less than an average door that had been taken out, and danced my ass off.

When I walked out to go to the next venue, a not-unattractive man waiting in the cue to get in, joked at me: ‘Wow, you must know the right people to have that wristband’. Until that moment I had not quite realized how exclusive this event was where I had just walked in out and went with the flow. I kinda surprised answered: ‘Ehhh, yes, I guess’. And regaining my thoughts in a millisecond, realizing I was one of the happy few, I grinned: ‘If only I could get paid for this’. The guy got my point and laughed.

As I walked away towards new ADE adventures, I realized that this might very well have been my last chance to meet this truly nice and modest man Enrico in an organic and spontaneous way. His talent is recognized, which is fabulous! I am so proud of him!

In 2014 I had an interview about Enrico’s First Gig that was published on DJMag.nl. You can also read it here. #enricosangiuliano #drumcode 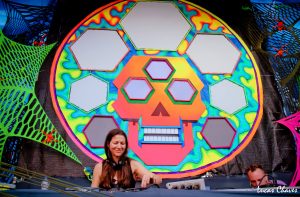 Marciana/Back to Mars (BR): “Like a bubble emerged in air” 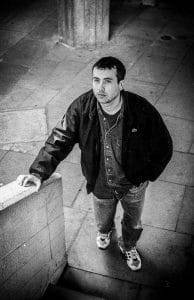 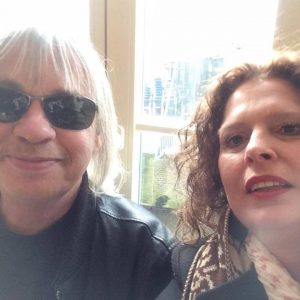