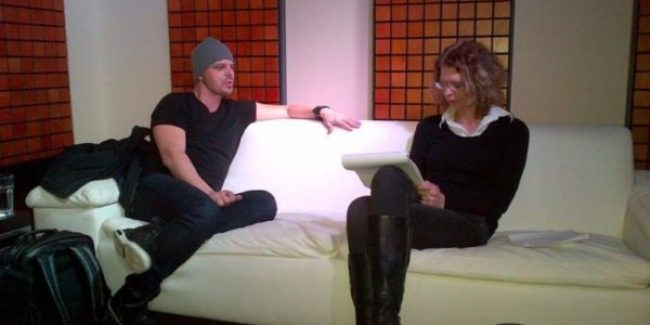 In 2014 I interviewed trance hero Markus Schulz about his life in Germany and later in the USA, where he still resides. His goal was 'to bring the fun back in trance'.

In 2014, when I was able to interview the American trance DJ/producer Markus Schulz, born in Germany, I definitely grabbed that chance. His name is high up there, with Armin van Buuren, Tiësto and Fedde Le Grand. He considers Ferry Corsten as his 'bestie'.

He just had his birthday, but Markus Schulz (39) prefers not to be reminded of that. “I stopped counting after I turned 21”, he laughs. Still, he couldn’t escape a party. On the contrary. Everywhere he performed that weekend, in Miami, New York and Los Angeles, a cake was waiting for him. With this year the advantage that friends and family could celebrate with him in his hometown in Florida. He has a beautiful goal in mind for the new year of his life: “I want the fun back in the trance.” The album Scream 2, released this month, is a sparkling example of this.

Miami only became his home base after several wanderings. Born in a small German provincial town, Markus moved to Boston at the age of thirteen with his mother and stepfather. It was quite a culture shock for the teenager. High school was not easy. “Moreover, Boston is a so-called blue-collar city. Many people work in factories, and I am extremely creative. I ended up listening to the radio for hours. My favorite station was Kiss 108. Also, Boston is a college town so there were a lot of student stations.” Markus was increasingly attracted to break dance music. A video can be found on the internet in which he recently showed his dancing skills in that area, filmed by DJ friend Ferry Corsten (picture below). With the break dance came the vinyl and the inevitable scratching. What lacked, were good parties. 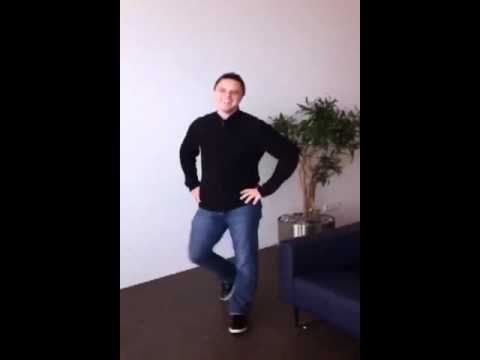 At the end of the eighties, Markus and his ‘crew’, as he invariably calls his friends from then, decided to throw a party themselves. The location was a reception room in a hotel. “We made flyers and would take turns DJing.” They had no great expectations, but on that night the venue was completely full. The other intended DJs suddenly no longer dared, and Markus had no choice but to do the honors himself. “I got behind the turntables and stood there all evening. And the feeling that overtook me! Suddenly I knew: this is my calling. I had never felt so good!” He laughs: “It was my first opening and at the same time closing set.”

During the evening, the hotelmanager became intrigued by the enormous crowds in that rented room. He wanted to know what the fuss was.” That same evening, the manager offered Markus a job as a DJ. From that position, the new-fangled artist met other club DJs. “They said: ‘If you want to know what good music is, you must get into the gay scene’. I immediately picked up on that. And they were right. That first night in a gay club, wow, I was blown away. I immediately fell in love with the music!”

His work also forced him to find his own vinyl. The records he was searching however, could only be found in Europe. “Obviously you couldn’t order anything online, so you built up a telephone relationship with a seller of a certain European record store. For example, you would buy a stack of records for a hundred dollars, including the risk that there were only five tracks that were useful to you. But if you found them: magical!” The first house track he purchased was Groove On by Yo Yo Honey, the DJ Pierre remix. “A wonderful track. That track epitomized who I was at the time. The monotonous groove, the beautiful vocal. That record is still very special to me.”

Via via, Markus ended up in Phoenix, Arizona around the age of nineteen. There he started working as a DJ in gay club The Works. “It was also the beginning of the rave scene. The owners of the club where I worked were eager to integrate that atmosphere with the gay scene. That was the beginning of an exuberant time with drag queens, a complete freak show, in short: magical again”, Markus muses happily. He clearly likes to tell and has many anecdotes. In this period his ear fell on the German trance sound. Markus calls it a golden time. He played every Friday, Saturday, and Sunday night from start to finish. “Here I perfected my DJ skills. I learned to open groovy, play a bit more commercially during peak hour and end up with weird tracks.” The club also had a studio where he worked with a keyboard in the evenings. Until he felt like he was spinning in circles on his own. It was time for a change of scenery.

Undaunted, Markus took the plunge and headed for London. Here he rented a small space in a joint studio complex. “To my left was a drum & bass producer, boom-boom-boom, and to my right a rock band, so to speak. And at yet another studio trance burst from the speakers. I started experimenting with those sounds. Because I also met John Digweed during that time, I soon ended up at the Bedrock label. And because I spent a lot of time on Coldharbour Lane in London, I later used this as the name of my own label.” 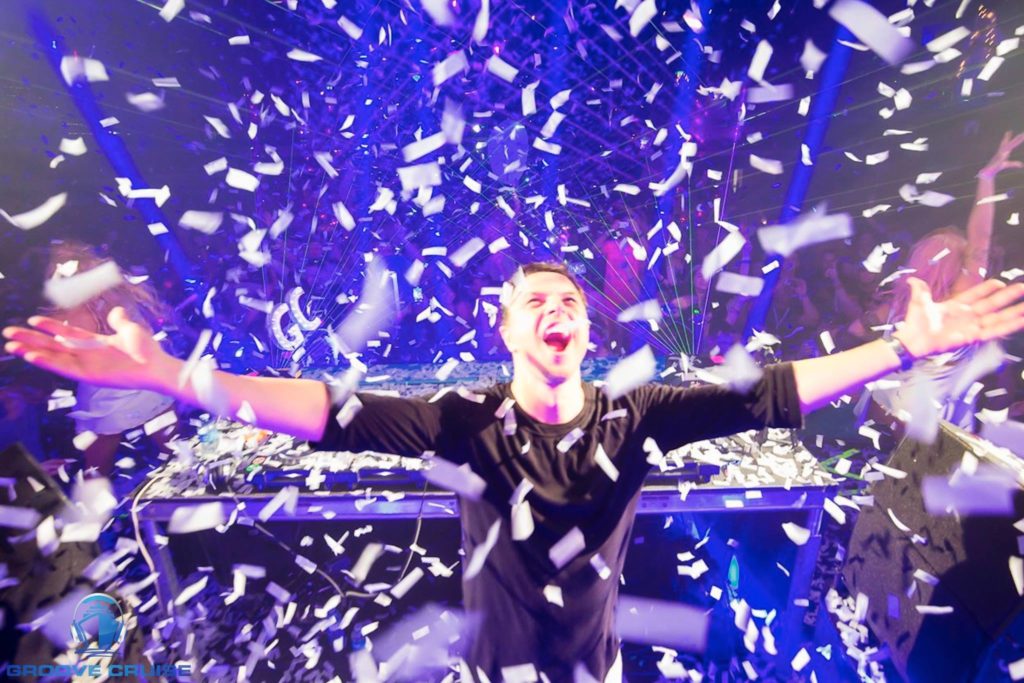 With the arrival of the internet, Markus also had the opportunity to settle wherever he wanted. His heart went out to the United States, but it had to be a warm place. “I fell in love with Miami. That city is buzzing with music. The development has gone very fast, from beach parties with five thousand people then to stadium parties now. To be a part of that is fantastic.” That enthusiasm to be able to contribute – or ‘may’, as he puts it – to the musical revolution that EDM encompasses, pervades his entire story.

He never left Miami. His family lives there, his friends. It is the home base from which he oversees the world. He is now also the proud owner of a club, but unfortunately he is rarely to be found there. “I start I thought it was amazing, my own club. But after two weeks I found out that I don’t have time to even hear the DJs that play there. I’m on the road two hundred days a year, so I’ve appointed a capable manager. Every month, I receive a neat report.” 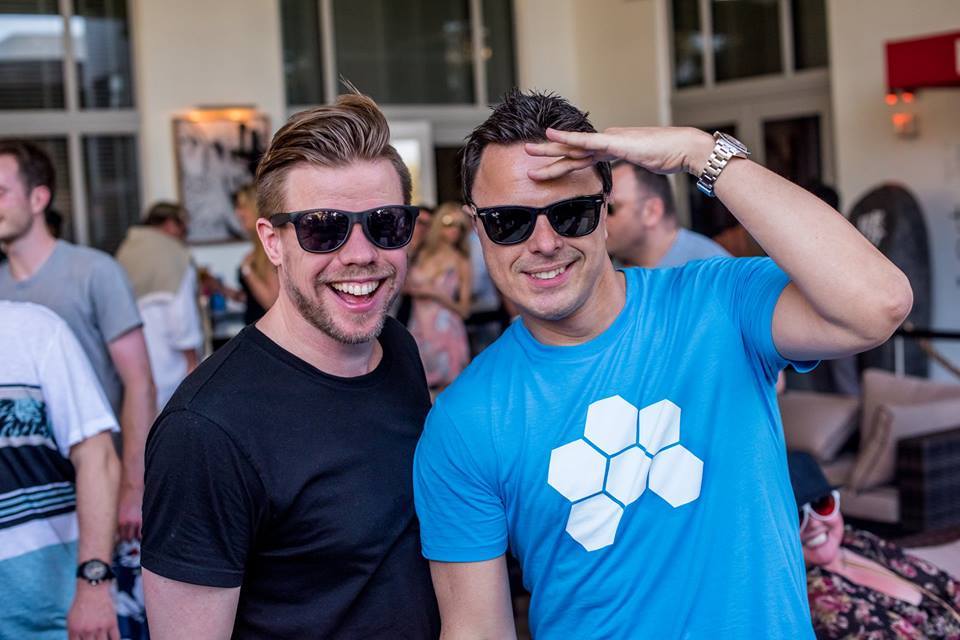 Together with Ferry Corsten, the number 21 of the Dj Mag DJ-Top 100 is now working on a new project, New World Punx. This is a duo set with which the two sold out Roseland New York at the end of 2013. “Ferry and I have been doing gigs at the same events for years. For example, we attended Godskitchen in Birmingham 2012. We were allowed to spend the evening however we wanted. Instead of playing one after the other, we played B2B. Everyone thought it was awesome! When we met on the plane to Ibiza two years ago, we wondered why we had never made a track together. Ultimately, New World Punx emerged from this.”

Incidentally, he does not like the labels that are applied to the various dance movements. “Back in the day you only had house and trance. I just do what I feel and leave it to others to put a label on it.” He has set himself a goal: “I want the fun back in the trance. The genre was too serious a few years ago: you have a love song, a break, a predictable build-up, a vocal… That’s not what I came into the scene for.” 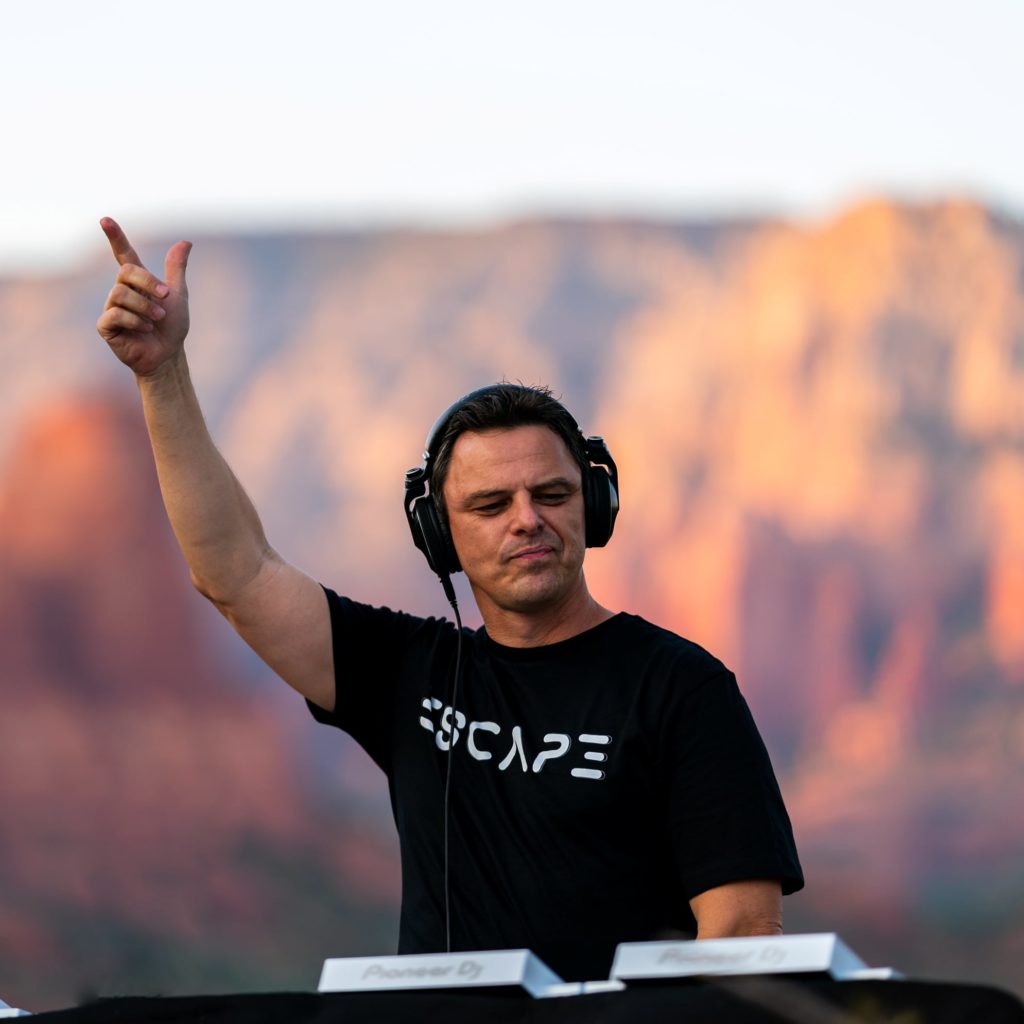 That strong sense of lightheartedness in his sets stems from a The Cure performance he once attended. “I’m a big fan, but when I left that concert, I was totally depressed. It is my great aspiration that people never leave my performances dejected! I hope it leaves them with a relaxed and optimistic feeling.”

This article is originally published on Monday, March 10th 2014 on DJMag.nl.

Alavux (SRB): “Nobody told me how to do a live set” 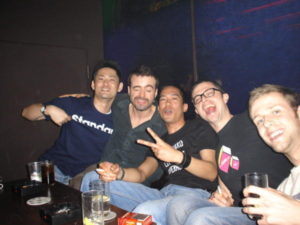 Wesdex (NL): “I could accelerate the BPM”