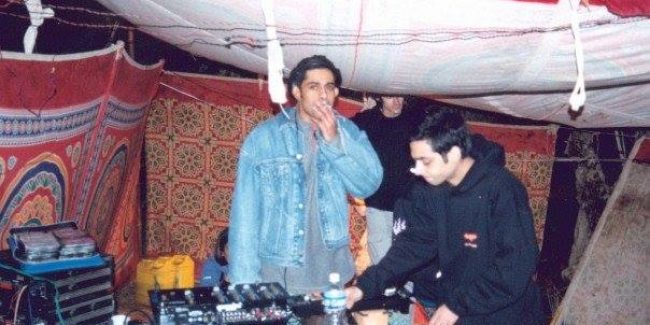 Our first real conversation took place while walking through Amsterdam during ADE 2016. Later the Indian Calm Chor aka Ashvin Mani Sharma told me about his surprising DJ-debut. "I had two faders per channel and small fiddly EQ knobs."

Calm Chor aka Ashvin Mani Sharma and I met during ADE 2016 in the vibrant Amsterdam based record shop InDeep&Dance. Later he told me some more about his youth and of course about his DJ debut. “I was praying that, due to my incompetence, I wouldn’t get sent back on the next flight."

“Music has always been very close to me. Since I was a small child and could barely walk, the first thing that I learnt to use was the cassette player. My parents knew that if they left me in front of the decks, I wouldn’t move from there. Some years later, we got a double cassette deck and I could record my own tapes. For me, this was a technological leap. I started making mix tapes for all my parents’ dance-parties by selecting tracks and placing them one after the other in a sort of roughly mixed medley. Later, in boarding school, the only illegal item I had was a Sony walkman.” 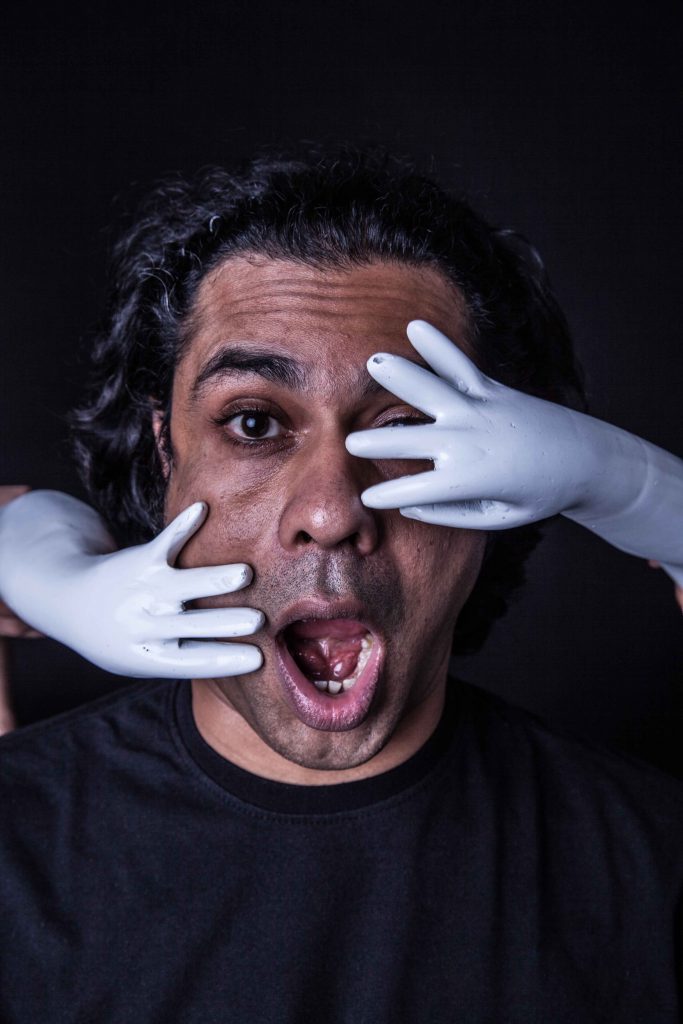 “What I am trying to say, is that music was a lifeline for me. It made everything in my life better and in some cases bearable. In those days, I never considered music as a possible career, because in India this just wasn’t an option. My parents always wanted me to follow their footsteps and go into business. I myself was pretty sure of that as well, until I went to Goa as a teenager.”

“At the legendary Anjuna Flea Market in Goa I heard of a weekly Shore Bar party that started at sunset, so I set off to the beach to find it. As I got close, I heard the loud thumping bass and my ears perked up. Nothing prepared me for the sight of a thousand-plus people bouncing in unison to this crazy alien music. The image is branded in my mind.” 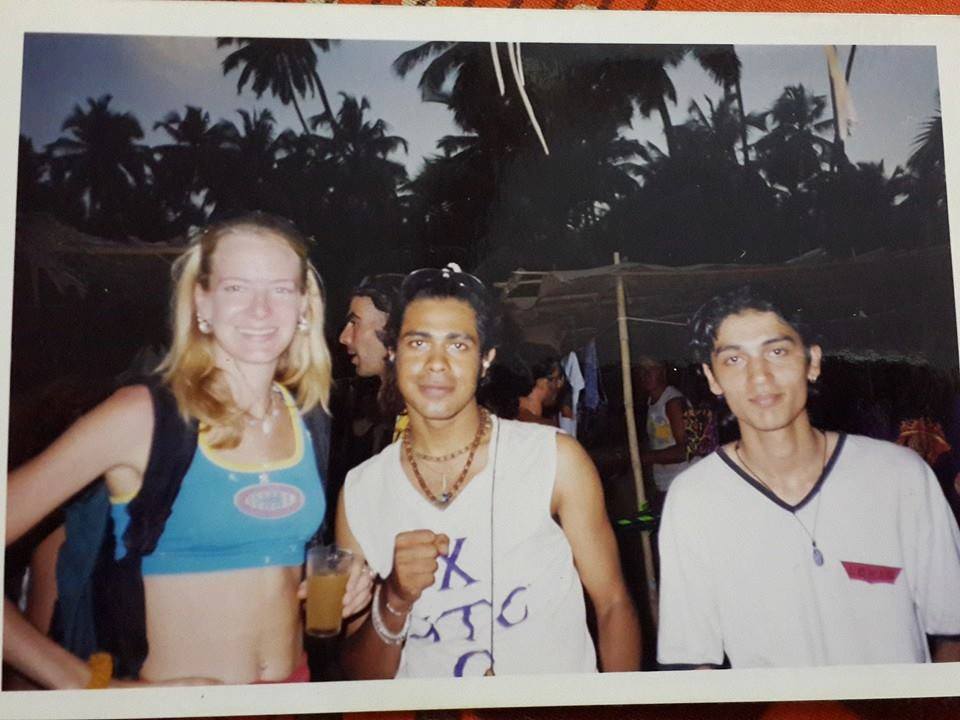 “I finished college with a degree in Economics but by the time of my graduation, I had lost all interest in any kind of business. All I wanted to do was to learn to produce this crazy music. Opportunities were limited though and without a computer or software I couldn’t even start. So, I took a loan from my dad and bought a keyboard and a Roland MC 303 and got started.“

“Soon I discovered a computer program called Rebirth and got sucked in further. I started making music with a friend, Tarun Shahani aka Boombaba, but making money with this was impossible at the time and none of the other jobs I tried, kept me interested for very long. I figured out that I would have to DJ to make money, because I still had a lot to learn about producing. By now my parents were getting antsy about my career choice and wanted me to join either one of them in their company. I was desperately in need for a job.”

“Around this time a friend who worked in Almaty, Kazakhstan, sent word that the hotel he was working for needed a DJ urgently as their DJ had left. The club owner had come to Mumbai to scout for DJ’s and I went to meet him to apply for the position. He took one look at me (long hair, junk jewelry, etc.) and hired me on the spot.”

“Within a week I was in Almaty at the hotel’s nightclub and the first time I ever properly played as a DJ was my first night on the job! I had never played any party before and just watched my friends do it. I was praying that, due to my incompetence, I wouldn’t get sent back on the next flight.” 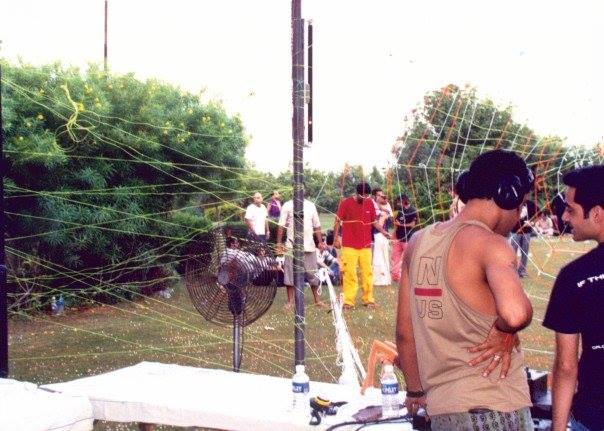 “I became even more nervous as I saw a really old Denon player connected to an ancient Mackie Studio mixer with 8 channels (mono), so I had two faders per channel and small fiddly EQ knobs. On top of that, it was a 5-star nightclub full of people. Obviously, I was really nervous at the start of the night but two hours and half a bottle of vodka later, I got into the groove. I ended up playing for five more hours. It really helped that the crowd wanted the same ten tracks over and over again, so I didn’t have to look too hard for the music.”

“The euphoria of that first night overshadowed many things for a while. Later that year, I realized how much I loved music and what I really wanted out of my life. That one year made me a man and brought me back to underground music.”

“When I got back to India, I started playing only techno and psy trance. I also started organizing my own parties. In August 2000 I released my first psy album with my friend JP Dangman and I haven’t looked back since.”

“Life has taken many twists and turns since then and I have seen many highs and lows throughout my career, but love of the music has guided me through the smooth and rocky moments. I have met some really talented people and formed India’s first techno live act called Jalebee Cartel, which put us on the map internationally as well.” 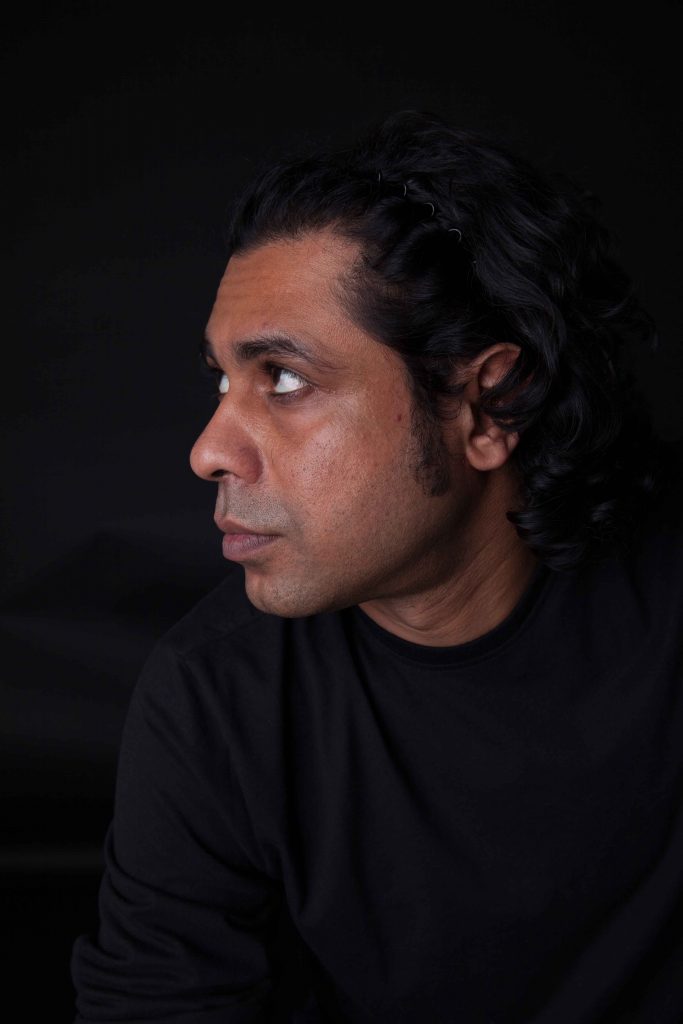 “After a highly successful stint that lasted eight years, which included us doing more than 100 shows a year, including Paradiso in Amsterdam and opening the Turmbuhne stage at Fusion Festival, we disbanded and decided to go our own ways. I started my solo echno project called Calm Chor and continued to work with Ash Roy from Jalebee Cartel. We started a label called Soupherb Records to push the sound that we like and went back to performing live as a duo called Bit of Both. Our debut album reached # 1 on the Beatport Deep House Release Charts.” 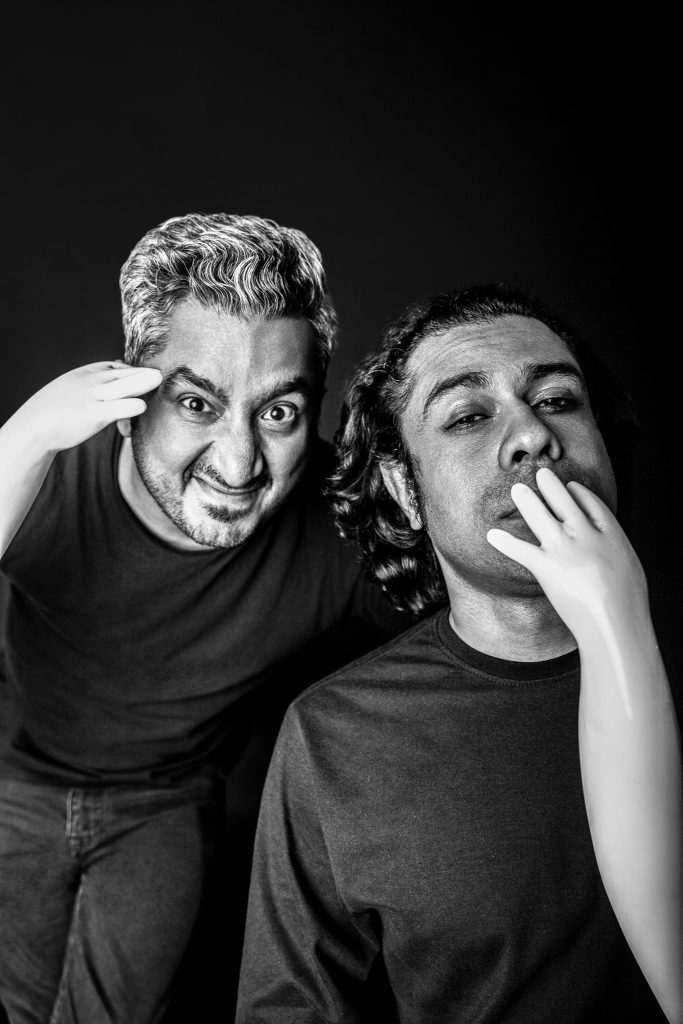 “After being in the music business for over 18 years, each time I go on stage or to the DJ console, my heart still beats like a techno kick drum at Tresor and my palms are sweating with nervous energy. Each gig feels like the first and I want to play every gig as if it were my last.”

This article is originally published on DJMag.nl on Thursday June 8th 2017. 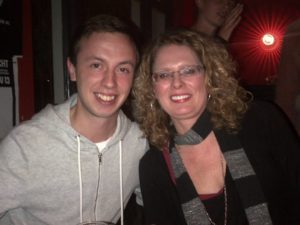 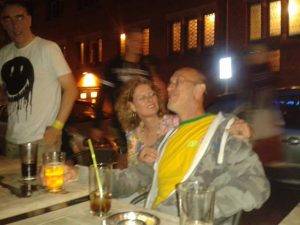